Genius in the Background introduces brilliant chess that will be unfamiliar to even well-read chessplayers. Twelve chess stars are profiled with examples of their greatest achievements, but these stars are not famous – they are geniuses who stay in the background. For example, Pervakov and Afek are not household names but they compose chess studies and puzzles of such elegance and cleverness that they deserve to be famous.

Genius in the Background - by Tibor Karolyi & Nick Aplin

Genius in the Background introduces brilliant chess that will be unfamiliar to even well-read chessplayers. Twelve chess stars are profiled with examples of their greatest achievements, but these stars are not famous – they are geniuses who stay in the background. For example, Pervakov and Afek are not household names but they compose chess studies and puzzles of such elegance and cleverness that they deserve to be famous. Top players such as Garry Kasparov and Veselin Topalov may be famous names to chess fans, but they did not become World Champions without great help – two of their coaches are profiled in this book and provide insights into the education of a chess champion. A broad range of chess is covered by the twelve profiles – from openings to endgames, puzzles to training. The common thread is beauty and brilliance that deserves to be better known.

Tibor Karolyi is an International Master of chess from Budapest, Hungary. He was Hungarian Chess Champion in 1984 and is also an award-winning author and renowned chess coach. One of his previous books won the Guardian’s chess Book of the Year prize in 2007. Karolyi coached Peter Leko, a former World Championship challenger, during Leko’s teenage years when in the space of four years Leko improved from promising junior to grandmaster.

Nick Aplin is a university professor and respected chess author from Singapore.

"Sometimes, I get a little tired of reading about the big names in chess all the time... reading something from Genius in the Background, is the perfect remedy for me...
One of the most fascinating chapters is about the remarkable Laszlo Lindner, a Hungarian chess player and endgame composer who survived the Nazi concentration camp Bor... an utterly haunting chapter on a truly extraordinary character in 20th century chess history.

Genius in the Background is a unique book, a one-of-a-kind experience in chess literature. It's beautifully published and extremely well-researched and annotated. Sure, some chapters are more interesting than others, but the overall concept is so gripping that that's easily forgiven. If you are interested in more than – or from time to time even a bit bored by – the constant stream of daily chess news, then this is the right book for you. Personally, I think everyone should read it."

"I just got in a book that I really like. The authors are two guys who have not really thrilled me in the past, but something happened this time... they went overboard on the really good stuff. I'm not saying that their other writings are not good, just that this one is way good!! This is a book you will like within 30 seconds of opening it... There is really too much meat in this book for this short commentary to do it justice. Just know that... you'll really get your money's worth."

"Karolyi has managed to write an excellent book about many interesting people that I had never heard about. The interviews in the book are insightful and the games and analysis present in the book show how certain characteristics of the trainers can be recognised in the games of their better-known former protégées."

"A wonderful book about unsung heroes of chess... Genius in the Background is not only filled with wonderful stories it also has lots of great chess from endgame studies to early games by Topalov and Kasparov you won't find anywhere else. This is the sort of book all chess lovers should have in their library. Highly Recommended

"One may wonder whether it is possible, amid the tidal wave of tens of thousands of chess books, to publish something new. Well, at Quality Chess they thought: 'Yes, we can!' They succeeded with a unique and really beautiful book by Karolyi and Aplin: Genius In The Background. It's about brilliant chess by geniuses who will be virtually unknown to chess lovers... further proof of the exceptional level of the books by Quality Chess, who also produced the best ever tournament book (San Luis)."

"Quality Chess recently published a remarkable book, Genius in the Background, by Tibor Karolyi and Nick Aplin. It is a wonderful tribute to the coaches who sacrificed their playing careers and helped young talents to become great players. We are introduced to the creative minds around Veselin Topalov and Kasparov, but also to the extraordinary works of chess composers, analysts and other chess personalities. The book is loaded with many fascinating ideas and attractive games." 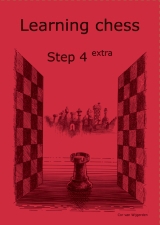 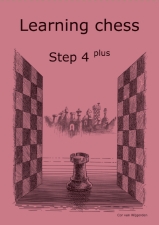 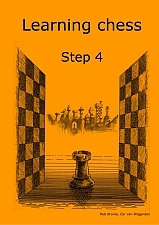 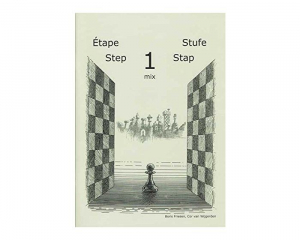